How to Ask for a Raise: The Advice No One Ever Gave You

If you haven’t ever asked for a raise, you could be leaving money on the table.

Most people avoid talking about money, which could be why 43% of U.S. workers think their employers don’t pay them enough, according to a 2018 Gallup poll.[1]

Asking for more money can give even the most confident employee some anxiety, especially if you’re not sure your boss will go for it.

A lot of people struggle with asking for a raise when it’s their first job or when they’ve been given more responsibility without an official promotion.

If a year or more has passed since your last pay raise, now might be a good time to approach the subject with your supervisor.

Reasons to Ask for a Raise

Employers don’t hand out pay increases like candy on Halloween. If you want to make more money, you have to ask for it. And before you do that, you have to know why you’re asking.

Most Americans are earning about $5,000 fewer than what they’re worth, according to a study by Glassdoor.[2] And not earning what you deserve is one of the most common reasons for asking for a raise.

Make an appointment to talk to your supervisor. Don’t be afraid to ask for more money if you’ve proven yourself in your current role. If possible, bring data that shows you’re underpaid.

You’ve been given more responsibility

A promotion is a highly sought-after badge of honor, but it doesn’t automatically come with more money. Ask for a pay raise if you’ve taken on additional responsibility and your employer hasn’t compensated you for it. It doesn’t have to be after an official promotion. If your scope of work has increased or changed, you’re in a position to negotiate your salary.

Before you meet with your boss, take an inventory of your tasks and responsibilities and self-assess your performance. Your supervisor should be aware of your efforts if you’re exceeding expectations. If they’re not, it’s time to communicate with them.

Share your accomplishments frequently instead of waiting for your annual employee review. Your manager is more likely to approve your pay raise if they already recognize you as a super-star employee.

Use data and statistics to prove what you’ve accomplished. Hard numbers are always better. If you don’t have those, use referrals and positive reviews to show what you do.

More than half of Americans would take a job at a new company if it meant higher pay, according to a study from Indeed.com.[3] But many people stick around at their job because they’re not sure what else is out there, even if they’ve gone a while without a salary increase.

If it’s been more than a year since your last raise and you don’t have an annual review coming up soon, now might be the perfect time to meet with your boss to discuss your loyalty, the contributions you’ve made to your team, and ask for a higher salary.

If the company has put a permanent freeze on raises, focus on how your work has decreased expenses or increased profits. Having hard data can convince an otherwise stubborn boss.

Related: What to Do When You Hate Your Job and Want to Quit

How to Ask for a Raise When You’re Underpaid

The difference between wanting a raise and getting a raise is taking action. But knowing what to say isn’t easy, especially if you’ve been denied a raise before.

1. Know your reasons for asking

Everyone wants to earn more money, whether it’s to pay off debt or to save for a dream house. Without a larger salary, your dreams may be put on hold.

But you can’t ask for a raise because you want to buy a vacation home in Florida. A few good reasons to ask for a pay raise include:

If you want more money, prove you deserve it. Bring a list of your accomplishments and achievements when you meet with your employer. If possible, have specific stats and numbers you can point to.

It’s not enough to say that you increased productivity in your department. It’s better to have a concrete number of projects that you completed, compared to the previous year.

You might think you’re valuable but your employer needs to see proof. Research typical pay scales before you consider how much to ask for if you’re underpaid.

Visit job postings to view current rates and check salary websites for information. Recruiters can also provide good data to find out if what the average rate of pay is for someone in your position.

Remember that salaries can vary by region due to differences in the cost of living. Also, the same job title can have inconsistent job duties, so be mindful of that when you’re doing research.

Salary website values can be an excellent guide to determining a fair wage, but the rates might not apply to your situation.

3. Keep your boss and company in mind

Your supervisor can’t always approve a raise, even if they agree that you deserve it. Revenue and profit impact the business’ budget. If sales are down, the money might not be available.

But your past contributions and future potential could change their answer. Prove you’re worth the extra money by adding value to your team and the organization. If they don’t automatically agree to your raise, ask if you can set some yearly goals that will come with a salary bump.

Related: How to Quit Your Job the Right Way

Never walk into a meeting to discuss a potential pay raise without rehearsing what you’ll say. Anticipate the questions your boss might ask and have answers ready to show you’ve put effort into your request.

Take the time to write down your talking points. List the reasons you believe you deserve your pay raise and gather data to back up your claim.

Focus on the benefits you provide your department and the value you bring to the company. Leave your personal finances out of the discussion no matter how stressed out you are about money. No one deserves a raise just because their house needs a new roof or because their dog is sick.

Once you draft your talking points, practice your pitch and perfect your delivery. Ask a friend or family member to role-play with you to ease your anxiety. You’ll feel much better about your meeting if you’re prepared.

Related: How to Prepare for a Job Interview

Your best bet is to set up a meeting with your supervisor instead of ambushing them in the hallway or during a random afternoon. Spur-of-the-moment requests are rarely taken seriously. Plus, you’re more likely to catch your boss on a bad day or stumble through your words without proper planning.

Consider your boss’s other responsibilities and avoid emotional situations. Scheduling a meeting in the middle of impending budget cuts isn’t wise. A better time to set up an appointment is after you’ve landed an important client or gone above and beyond on a big project.

You work your butt off. You’ve taken on extra responsibilities at the office. You slave away after hours. You’ve gone above and beyond to impress your boss and be the best employee you can be. And now…you want that raise! 💵📈⁣ ⁣ I mean, who wouldn’t? 🤷‍♂️🤷‍♀️⁣ ⁣ Make sure to follow these steps so that you position yourself in the best light possible when going after that raise! You got this!

What to Expect After You Ask for A Raise

You’ve researched salary information, gathered your talking points, and pulled off the perfect meeting. All that’s left is waiting to hear whether your boss agreed with you — and if you’ll get a bigger paycheck.

If you’ve asked for a raise, count on getting feedback. Your employer will want to comment on your work performance and if they agree you deserve to make more money.

This can be nerve-wracking, but feedback from your employer is valuable in helping you grow in your role and career.

You shouldn’t expect an immediate decision. Most likely, you must wait for your raise request to go through the proper channels. Your boss may also want to think about your proposal before giving you a definite answer.

The wait can feel exasperating. Whatever you do, don’t push for an answer. Give your employer space and respect the time they need to consider your pay raise. If you still haven’t heard anything in a couple of weeks, send your boss a quick note.

It takes a lot of courage to ask for a raise, and being turned down is discouraging. If your request isn’t approved, keep a professional attitude. The last thing you want to do is ruin your reputation and burn bridges.

Evaluate your situation to determine your next step if your raise is denied. Start looking for a new job if you’re unhappy and severely underpaid. You can also ask to move to a new department in the same company.

You might consider a clean slate by switching to a new employer. Or maybe you can wait it out at your current job and ask again in six months.

Related: How to Avoid Lifestyle Inflation When Your Salary Increases

With the Right Approach, Getting a Raise is Possible

Motivation is hard to maintain if you’re not happy with your pay rate. Take a proactive approach and engage your supervisor in an open dialogue. Gather data and statistics to show the value you bring to the company.

When you’re ready, set up a meeting to ask for a pay raise. Act confident, but prepare to be told no. Rejection can sting, but it isn’t the end of the world.

Stay motivated and seek professional development opportunities to enhance your skills. Eventually, you’ll get the pay you deserve even if it means leaving for a better opportunity with a new company.

Related: Top Employee Benefits to Look for in a New Company 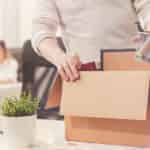 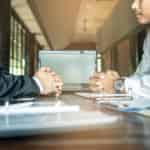 8 Tips to Negotiate Your Salary for a New Job 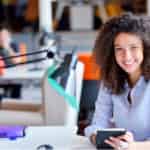 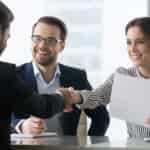 11 Skills Employers Look for That Most People Never Think About 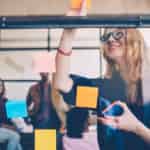 15 Ways to Maximize Your Productivity and Earnings 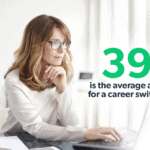 How to Find a New Career That Suits You Perfectly 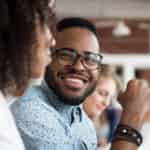 How to Stand Out at Work (in the Best Way Possible) 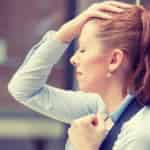